Mark Peiser, an internationally known glass artist, was born in Chicago in 1938. After studying Electrical Engineering at Purdue University (Lafayette, Indiana, 1955-1957), he received a Bachelor of Science in Design from Illinois Institute of Technology (Chicago, Illinois, 1961). Peiser studied Piano and Composition at DePaul University School of Music (Chicago, Illinois, 1965-1967) before attending Penland School of Crafts (Penland, North Carolina) in 1967. After five weeks of glass classes, he became the first Resident Craftsman in Glass at the school. Peiser is a founder of the Glass Art Society, of which he is now an honorary member, and a leading presence in the Studio Glass Movement.

Peiser was inducted into the College of Fellows of the American Craft Council (1988) and received the Lifetime Achievement Award from the Art Alliance for Contemporary Glass (2004), the North Carolina Governor’s Award (2009), the Lifetime Achievement Award from the Glass Art Society (2010) and the North Carolina Living Treasure Award (2011) among others. 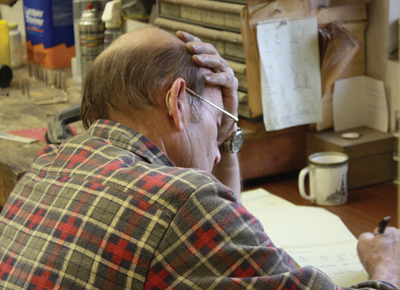